Since the release of BlackVue's newest 4K dashcams, everyone asks us which is better; the DR900S series (which has stunning 4K resolution and runs @30 frames per second) or the DR750S series (which has beautiful Full HD 1080p and records at an amazingly smooth @60 frames per second). Well, that is not an easy question to answer! Each model has its strengths when compared to the other.

BlackVue's DR750S-2CH has led the industry for quite some time in quality and functionality, and with 60fps there are twice as many frames per second compared to most other dashcams. That means buttery smooth videos and twice as much "data" in your videos, one benefit being that you can slow down your footage for a better breakdown of events that take place at high-speed.

BlackVue's DR900S-2CH was just released with the same awesome BlackVue form factor and functionality, now with 4K resolution at 30fps. This means you are getting *four times* the video resolution but at fewer frames per second than the DR750S. The 900S also has a wider viewing angle of 162° to better catch peripheral objects/events. 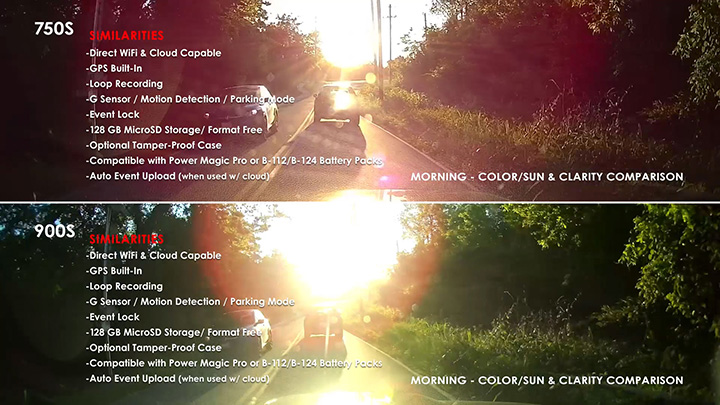 Similarities between the 750S and the 900S 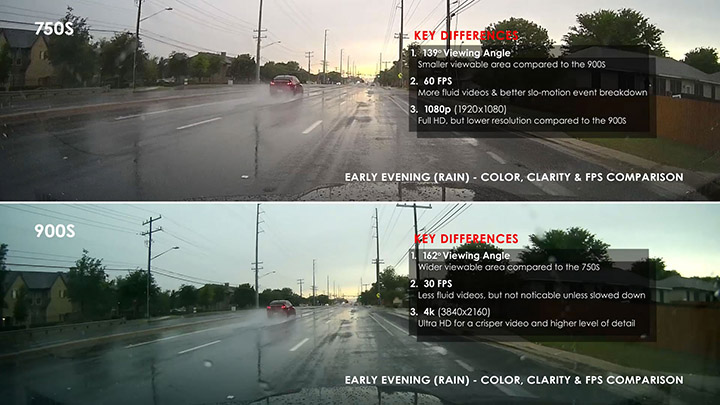 Differences between the 750S and the 900S 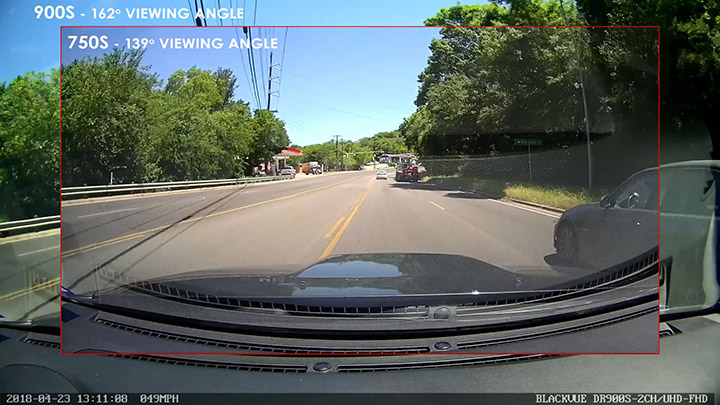 Framerate can be a difficult factor to consider and measure if you don't know what you're looking for. Most things you see are an average of 30fps; like TV, videos and movies. Sure, some are 29.97 or 24 frames per second, but you won't really notice that minor difference. When you see something slow-motion on TV it is typically 120fps or above - if there were any less frames the videos would just skip because there is no data for those in-between frames. 60fps comes in handy when you need to slow something down to breakdown fast moving events. Having 60fps gives you double the information, allowing you to see the in-between frames that most cameras miss. Having double the information will let you catch details you didn't realize were there; like the extra frames on a windshield wiper, or even like the above lines on the road. The more frames you have, the slower you can watch a video without losing information. 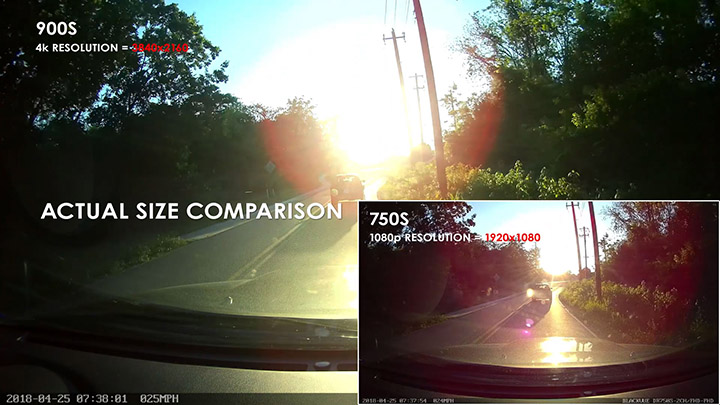 4K resolution is literally 4 times the size of 1080p. 4K is 3840 pixels wide, while 1080p is 1920 pixels wide. If you multiply 1920 times 2, you get 3840; meaning you get double width of full HD. Now do the same math for the height you get double the height. So, 4K resolution is 2x the width and 2x the height, equaling 4x the actual screen resolution. With this kind of increase in quality details become much more clear and crisp, helping you isolate minute details within your video. 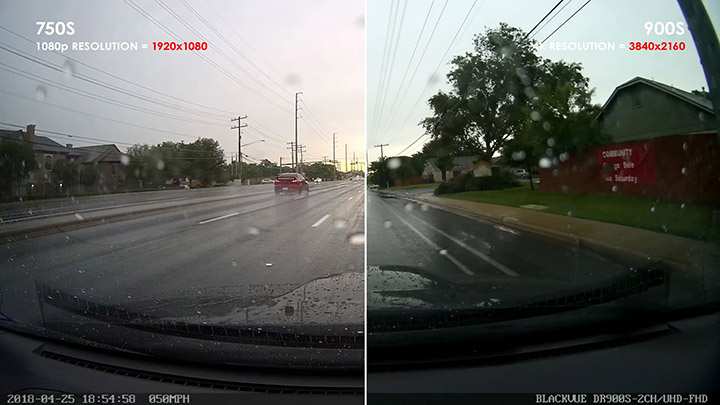 Above you can see the difference between how the 750S and the 900S handle colors and detail in the rain. The 750S focuses on brightening up the scene to ensure you get the image you are looking for. The 900S has more detail, contrast and colors that one would expect with 4K resolution. 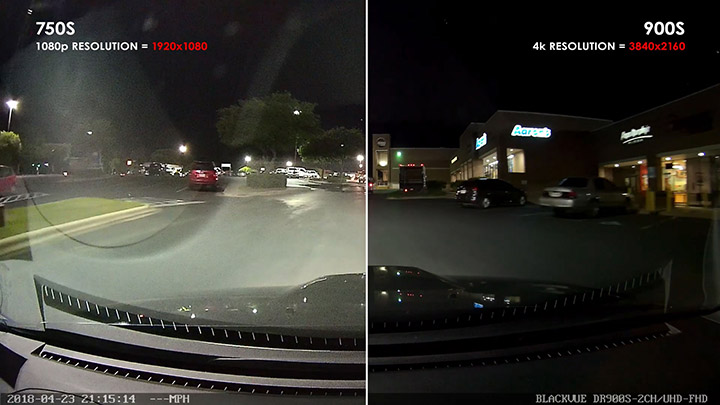 Above you can see the difference between how the 750S and the 900S handle colors and details at night. The 750S focuses on brightening up the scene to ensure you get the image you are looking for. The 900S has more detail, contrast and colors that one would expect with 4K resolution. The 750S provides a brighter scene, but in doing so tends to wash out the detail. The 900S can provide too much contrast in a night scene and make it difficult to make out the information you are looking for. 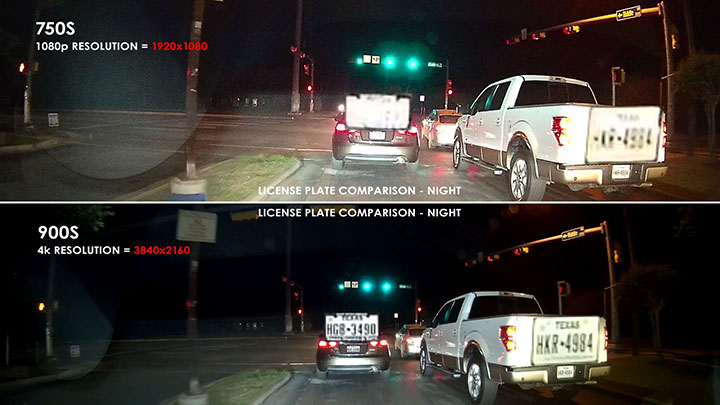 The 750S at times may have difficulties pulling clear license plate imagery at night if the scene is washed out from the overall brightness (the brightness can always be adjusted to your own custom levels). The 900S gets decent shots as you can see, but only up to a certain distance away from the lens. Night scenes are especially difficult because license plates are reflective and if they catch any light it makes them almost glow; making it very challenging to get a decent picture of a plate. 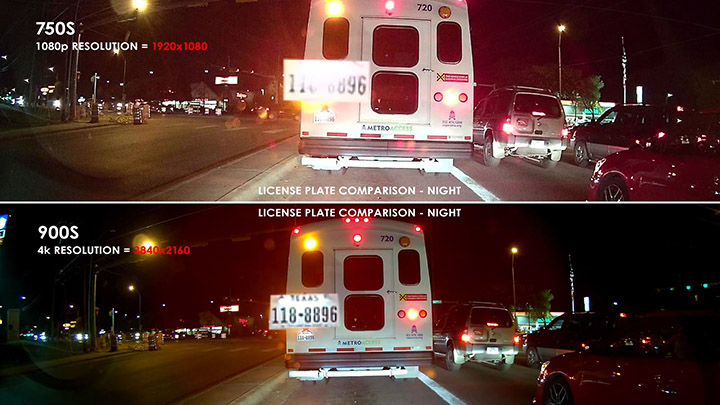 As you can see from the above image the license plates tend to glow making it difficult to get any solid details. The 900S with its higher resolution and contrast allows it to pull better results than the 750S, but only at a limited distance. 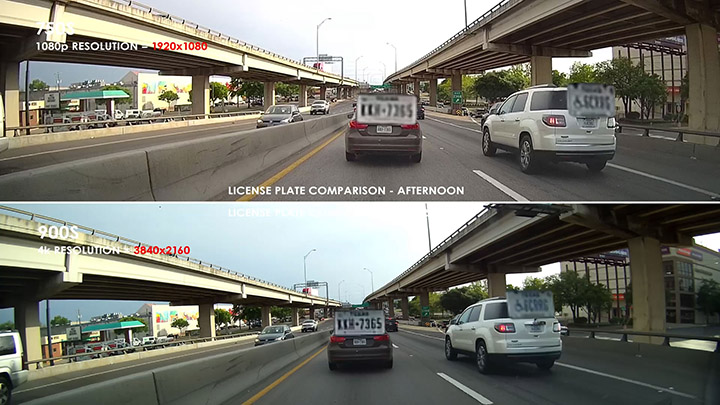 The 750S obtains decent resolution on the license plates during the day, but you can tell that the 900S does a much better job. In all honesty, if the vehicle is about to hit you, either camera will be able to capture the plates. In these instances, speed and distance come in to play, but again, if a vehicle is close enough; you will see the plates! 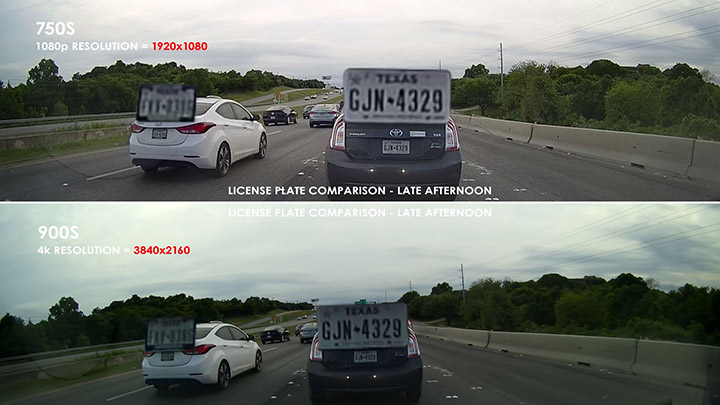 Another example of how the higher resolution from the 900S captures better details from a distance. 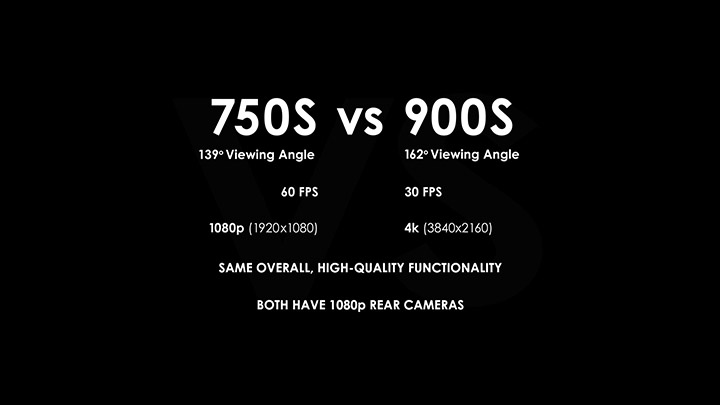 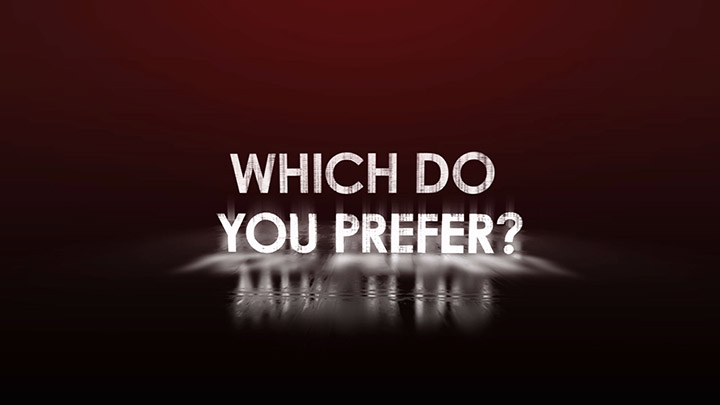 A few additional pieces of information to consider when choosing:

So, now that you've seen the comparison, what do you think? As always, drive safe!
Share on:
×