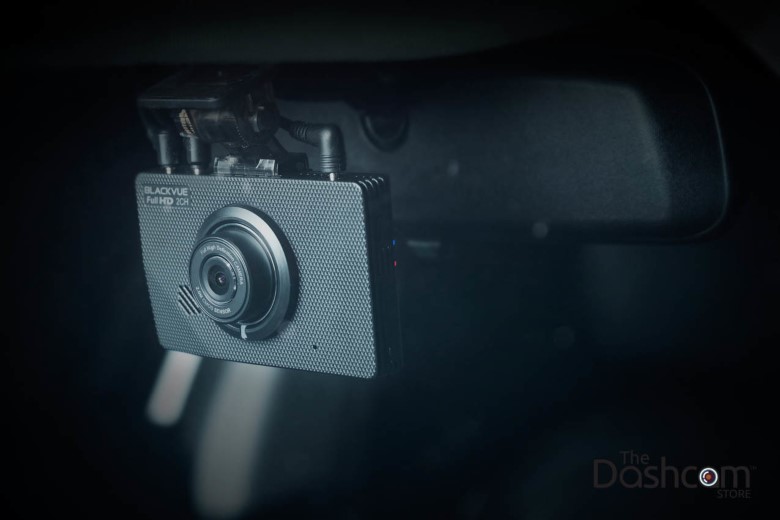 Get to know the new BlackVue DR490L-2CH!

The affordable BlackVue DR490L-2CH, released in April 2017, proves that a quality, two-channel Full HD resolution dashcam doesn't have to break the bank. It is the first BlackVue dashcam that records in Full HD 1080p resolution from both the front and rear lenses at a price point under $250.00. This is currently the only BlackVue dashcam to feature a touchscreen, since the DR750LW-2CH has been discontinued. This allows you to playback video or adjust your settings directly on your forward-facing dashcam's screen. This new dual-lens dashcam includes a built-in low voltage cutoff when connected via the included direct-wire harness. That means that there is no need for a Power Magic Pro with the new DR490L-2CH. There are even more firsts that the DR490L-2CH gets to claim. Read on to learn more!

What's in the box? 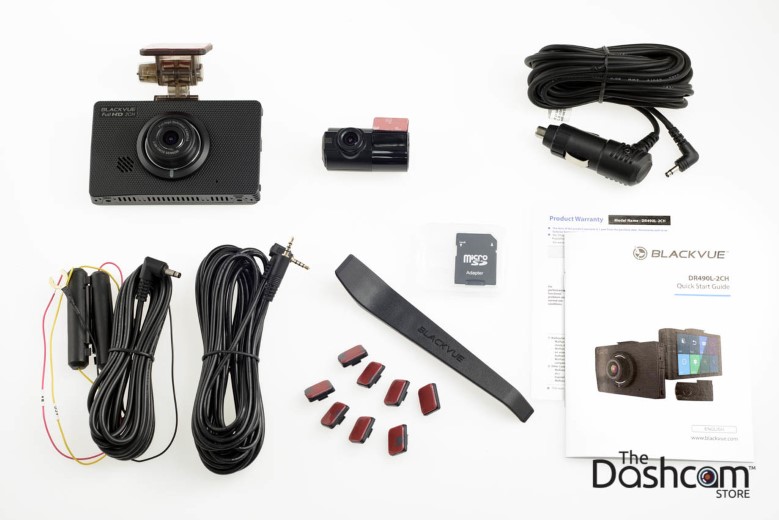 The front camera module itself is relatively small and low profile, with a footprint about as big as a wallet and definitely smaller than your average smartphone. The forward-facing lens records in Full HD 1080p with a wide angle lens offering 130 degrees of coverage. On the back of the unit, you will find a 3.5” LCD touch screen, which constitutes nearly all the real estate on the unit.

The touchscreen is clean, bright, and responsive. The interface features large block icons so you won’t be struggling to see or touch any tiny buttons. Toggle between live picture from just the front camera, just the rear camera, or have a picture-in-picture mode with a simple tap of the screen.

On the side of the front camera you will find the microSD card slot and the on/off switch; a BlackVue first! If you decide to wire your DR490L directly into your fuse box using the included, but optional, direct-wire harness, this switch will give you the option to turn the camera off whenever you don’t need it. If you don’t want to micromanage your camera and it is directly wired to your fuse box, it will automatically shut itself off if it detects your vehicle battery is getting too low. The DR490L has low-voltage cutoff protection built right in. That means that there is no need for a separate control module, like the BlackVue Power Magic Pro.

On the top of the front camera, you'll find clearly labeled ports for the power cable, the rear camera, and a port for an optional GPS.

The rear camera unit takes tiny to the next level. Is is smaller than other BlackVue rear camera units, yet it delivers Full HD 1080p video just like the DR490L front camera lens. The rear camera mount allows the camera to be positioned in any orientation and comes with a piece of 3M adhesive already attached and ready to be installed.

The DR490L-2CH Quick Start Guide includes instructions on installation, operation, and troubleshooting. It's also where you can find your product warranty.

You get two power cords out of the box with the DR490L: the standard cigarette lighter outlet plug and a 3-wire direct-wire harness. The direct-wire harness connects your camera directly to your fuse box in the same way a Power Magic Pro unit would.

Quick note here: because of the built-in low-voltage protection feature, the power cords included with the DR490L-2CH are compatible with the BlackVue DR750LW-2CH but not with the 430, the 470, or the 650S series.

The rear camera cable runs from the front to the rear camera. This cable is actually a different form-factor than other existing 2-channel BlackVue models. Unfortunately, you wouldn’t be able to swap this cable between the 430, 470, or 650S series because they use different plug styles. Unlike the others, the DR490L-2CH lacks a small center pin and uses a more robust plug. The plus side is this makes it more durable to repeated plugging and unplugging.

The front camera mount is easy to use: the front camera slides on and snaps into place. It is a secure hold, but the camera can still be attached or detached with one hand. The mount itself can be rotated up and down as needed and locks into place using a screw and an additional series of interlocking plastic teeth. The mount comes with a piece of 3M adhesive already attached.

The microSD card used to come pre-installed in the front camera unit, but now you will need to put it in yourself before using your dashcam.

Great for getting your cables tucked into your vehicle paneling.

Note that there are no spare 3M adhesive squares attached for any of your items in this kit. If you get your system set and decide to change their positions, you’ll need to purchase those separately.

Want to learn more about the BlackVue DR490L-2CH? Click Here!