BlackVue released their new cloud-compatible flagship single and dual-channel dash cam series, the DR750S, in late August 2017. We’ve had over a month to test out this new model for ourselves and collect feedback from our customers on their initial impressions of the new DR750S-2CH dash cam.

How is the DR750S-2CH different than its predecessor, the DR650S-2CH? What improvements were made?

There are plenty of upgrades in the DR750S-2CH, including increased video quality and low light performance thanks to the Sony STARVIS image sensors in both the forward-facing and rear-facing lenses, increased resolution in the rear camera lens, increased frame rate to 60fps, and much more.

Here are our top 5 improvements of the BlackVue DR750S-2CH, with help from Vortex Radar:

The new sensor on the DR750S-2CH improves low-light capability a lot, and has also better dynamic range. Better dynamic range means the 750S is able to reproduce more details in both dark and bright areas of the image at the same time.

One of the most noticeable [improvements] is actually the night vision performance. At night it is significantly more sensitive than the 650. The 650 was actually really dark and didn’t do a good job of seeing information and seeing detail at night. You know, I was thinking BlackVue and I’m like, yeah… the view is really black. The 750 is much better. You can see SO much more at night with the 750. That’s actually the biggest improvement that I’ve noticed so far.

This was one of the most requested features: now the sensor of the rear dash camera features the exact same Full HD 1080p sensor as the front camera (and yes, it is also a Sony STARVIS sensor).

With the 1080p on the rear cam of the 750 it does a much better job now of recording important details, such as license plates behind you.

60FPS (for the Front Camera)

It really does make a difference, especially for fast-moving objects and is most visible when taking turns. More importantly, you might expect 60FPS to require much higher bitrate, but 12Mbps gives a clear image while keeping file size (and Wi-Fi download speed) reasonable.

The footage is now very nice and smooth […] the benefits other than smoother video footage is also with the faster frame rates to do 60fps it actually does a better job of freezing motion to see license plates, especially when you’re driving or other vehicles are driving, or even as you’re turning. The faster frame rate will do a better job at actually freezing the information so you can pick out the details.

The GPS module, although similar in specifications, yields better performance thanks to the faster CPU. It is faster at catching a signal, and better at maintaining it.

With the 750, it does a MUCH better job of acquiring a GPS lock and maintaining it while you’re driving.

In real-life tests, download speed appeared about twice faster–although the Wi-Fi module specs are the same–. This is thanks, again, to the faster processor, which allows to send data faster over Wi-Fi, all while recording (all Wi-Fi-enabled BlackVue dash cams allow you to connect to them with the BlackVue App without interrupting the recording process).

With the new DR750S, to download a one-minute video file from the front camera, which is 96 megs, I was able to do it on my iPhone in less than 30 seconds.

Curious to know more? Check out our complete list of upgrades and improvements from the 650S Series to the 750S series. 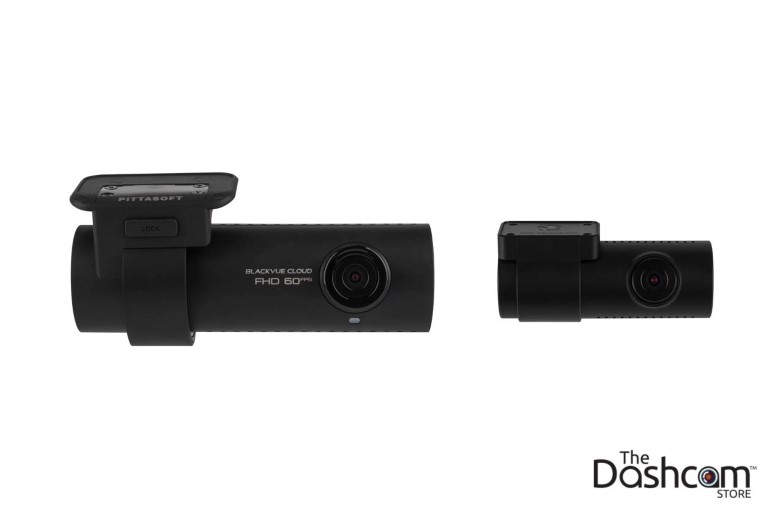 What our customers are saying:

The clarity on the new BlackVue DR750S-2CH Dual-Lens is incredible.

This is my 3rd dash cam and it is the best yet. Easy to install and works great. I would advise people to use rubber grommets where the wire passes thru sharp plastic moldings.

The new Sony STARVIS sensor does a great job in dark, and the rear camera is perfectly clear through the 5% limo tint.

It has amazing clarity and 60fps is awesome.”


Have you already switched to the DR750S-2CH? What do you think so far?

Click here to learn more about the BlackVue DR750S-2CH