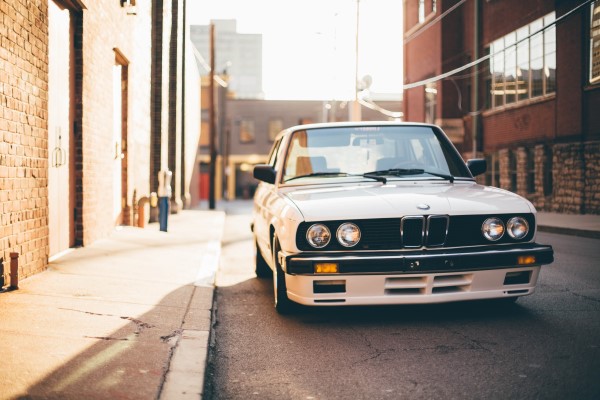 Back in April 2013, Jason Torchinsky over at Jalopnik wrote Why Is It So Hard To Buy a Decent Dash Cam? Jason brings up some excellent points about the challenges of how to find reputable dash cams in America. Now that over three and a half years have gone by since this article was first published, we want to know: Is it still difficult to buy a high quality dash cam in the U.S. in 2017?

Argument #1: Most Americans don’t know what a dash cam is.

We’d argue that, sadly, this is still the case in 2017. Since 2013, there have been some notable national news stories that swept America, more often than not, related to police dash cams and police dash cam footage that range from the unjust (the Sandra Bland police dashboard camera footage), to the eerie (remember those creepy clown sightings?), to the feel-good (Police officer belts out T Swift in his squad car).

We anticipate dashcam footage from police, individuals, and from businesses will become commonplace in the news and on YouTube in the next year, which will in turn inspire more drivers to equip their cars with dashcams.

While more Americans are equipping their vehicles with cameras every day and dashcam videos recorded in the U.S. are gaining momentum on YouTube, there is no denying that there is no household name brand for dash cams in the United States right now.

You’d have to be pretty knowledgeable with in-car cameras or work in the tech or car industry to recognize some of the top name brands, like BlackVue, since they haven’t focused their marketing efforts to target the U.S… yet. Some well-known brand names in the U.S. for navigation and GPS devices, like Garmin and Magellan, are just entering the dashcam scene now.

Where've you been, Magellan? The U.S. market has been waiting for something like you.

We’d argue that once you know what a dashcam is and you start to research your options, there are a lot more resources at your fingertips now in 2017 than what was available in 2013.

Reputable dashcam websites, blogs, YouTube channels, and distributors have grown in popularity over the past few years, and it’s now easier than ever to find dashcam reviews to help inform your purchase. Even if you aren’t familiar with the BlackVue brand, after some initial google searches you’ll be able to find out that it’s a legitimate company, whose mission is to make the world’s best dashcams.

Here’s an example of a few of our favorite dashcam reviews on the popular BlackVue DR650GW-2 CH to show you what we’re talking about:

Argument #3: The process of selecting and buying a dashcam in the U.S. is a mystery.

Since there’s no monopoly on the dash cam market in the United States, Americans are forced to compare and contrast dozens of unknown dashboard camera brands on an equal playing field. Once you find a brand with positive reviews, there are a ton of options to consider (1CH? 2CH? Do I want a display screen? Do I want an IR lens? What is an IR lens? How many megapixels do I want? The list goes on).

While the process of finding the right dashcam for your needs may seem overwhelming at first, there are some solid resources out there to help that didn’t exist in 2013.

Consumer Reports' Dash Cams Coming to a Dashboard Near You

Argument #3: Buying a dash cam online is a Russian roulette.

Here’s the deal: buying a dash cam online, even from a seemingly trustworthy site like Amazon, New Egg, or Alibaba can be a gamble. You see, you get what you pay for with those ridiculously cheap dash cam vendors available on mega online retail sites.

The vast majority of these vendors are overseas, largely in Asia, so it can be frustrating and complicated for U.S. customers to deal with tracking information, customer service, tech support, and returns. By frustrating and complicated, we mean nonexistent. If and when your dashboard camera actually makes it to your doorstep, it may work for a couple of weeks or a couple of months, but don’t expect it to work much longer than that. 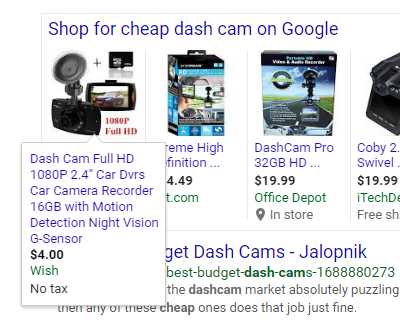 Have you ever read about those super cheap Singaporean clothing fails?

Buying a cheap dashcam from an unknown foreign site or an obscure vendor on Amazon is a lot like that… but instead of with a crazy affordable on-trend dress it’s with a tech gadget that’s supposed to keep you and your car safe in an accident. Yikes.

While it may seem enticing to pay less than $40 for a dash cam on Amazon, trust us: it’s not worth it.

That’s where U.S.-based dash cam companies, like The Dashcam Store, come in. We’ll take care of any returns, exchanges, and tech support issues for you. We ship all of our dash cams from our home base in Austin, Texas, so you can expect your dashcam from us to be on your doorstep in 1-4 business days. Since we’re not a warehouse in the middle of Russia, you can talk to real live humans in Austin via phone, email, or livechat.

At the end of the day we can’t sugar coat it: if you’re totally green to the world of dashboard cameras, it can be difficult to buy a high quality dash cam in the U.S. in 2017. The caveat is we have more experts than ever sharing their knowledge on YouTube, dash cam review websites, and in buyers guides to help every American navigate the culture of dash cams so they can arm themselves with the dashcam defense.

If you want the process to be as easy as possible, get in touch with a us so that we can help answer your questions, find a high quality dash cam that’s the best fit for your needs, and provide you with customer service and tech support whenever you need it.

Get our blog posts, top resources, and exclusive offers delivered to your inbox.Subscribe, and get 5% off your first purchase with us!