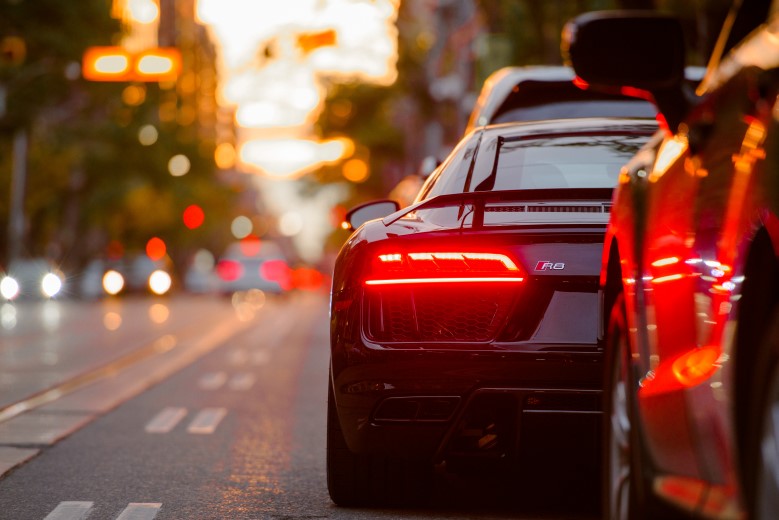 Road rage can be terrifying, baffling, and dangerous. Why do some people respond so aggressively to a minor driving mistake or misunderstanding when they’re behind the wheel?

We reached out to experts to learn more about the psychology behind road rage in order to share some tips to communicate with someone experiencing road rage so you can stay safe on the road.

What is the psychology of road rage?

One major theme that our experts agree on? Road rage is a reaction to the feeling of losing control.

The rager experiences the road incident as diminishing their sense of control over their environment. When we feel our sense of control being taken (a form of personal power) away we use anger as a means to try to restore the power loss we are feeling.

John Garrison, Clinical and Forensic Psychologist, agrees with Dr. Horowitz and believes that road rage is tied to feelings of not having control. Not only of a minor driving mistake, but of being stuck in traffic in general:

Humans are wired to survive. Many of the behaviors that we engage in are in an attempt to protect ourselves. For example, anger is often about feeling out of control and people (right or wrongly) think that demonstrating their anger will help them regain control and that in some way makes them feel more protected. In the context of driving, people may feel angry sitting in traffic (which totally strips one of control) or if a person is cut off/a person is driving recklessly then they may have felt their personal safety was threatened in some fashion. Some individuals who struggle with issues related to impulsivity, such as ADD, may be more likely to act without thinking.

Varda Meyers Epstein, Writer, Editor, and Blogger at kars4kids.org, shares that the experts she has interviewed link road rage to control issues as well:

I interviewed a number of psychologists and experts about road rage for Road Rage Victims and Perpetrators. The experts I interviewed said that loss of control is the primary issue in road rage. When someone cuts you off, for instance, this enrages someone who feels he must always be in control, the result being road rage. There’s frustration, anger, and regret, and usually, there’s residual rage even after the incident is over.

Meyers Epstein continues on to explain that a road rager's issue of not being in control of their vehicle or of their situation is linked to past experiences:

One expert said that road rage is 'anger with a history,' which makes a lot of sense. The person who flips out on the road has a need to be in control, he feels anger when there’s a loss of control, or at a situation that is out of his hands and he didn’t get this way overnight. It’s coming from past history.

Dr. Horowitz explains that the concept of invading your personal space happens while you're in your car as well. For some, a tailgating car may feel like such an extreme invasion of their privacy that it's akin to breaking into their home:

A car is an extension of one's personal space; therefore the road incident feels almost like a home invasion.

It's hard to separate the car from the person.

Another important piece that John Garrison points out is that it can be easy to focus on the car and ignore the fact that there is a person inside it:

Cars are impersonal. You would not see walking rage (at least to the same extent) if we walked everywhere.

David Klein, LCSW-R Psychotherapist, suggests that someone with road rage may lash out because they feel like they are invisible:

We have relationships in this world, to everyone and everything. Attachment theory works within this premise. In the case of road rage, a driver responds to another driver’s actions with anger. What causes that, using attachment language, is that the 'victim' in this case felt like they 'didn’t matter' to the other driver. Which applies to any scenario I can think of involving two drivers. If one [driver] cuts the other off, [and the driver] is not remorseful, and the victim says '[…] you cut me off like I wasn’t even here!'

Using attachment theory to your advantage, Klein suggests that if a driver is taking his or her aggression out on you, you can use your body language or your physical space between the other driver to show that you recognize that there is a person behind that steering wheel:


Imagine though when the driver who did the cutting off apologizes and holds their hand up, maybe gives an embarrassed, look, [this] can be quite disarming because it does acknowledge the other as mattering and having feelings.

It's a rude reminder of how dangerous driving can be.

Garrison also argues that road rage may be a knee jerk reaction to a potentially life-threatening accident:

It is likely that the reason people get so irrational behind the wheel of a car is that we know that being struck by another car can be life threatening. We may have an enhanced perception of threat when we are unable to escape a situation easily.

How should you deal with someone experiencing road rage?

It is difficult to reason with an individual who is in full rage; therefore, the best strategy is to ignore and avoid the situation entirely, avoid provocative speech or hostile body language if you can't avoid the confrontation. - Dr. Richard Horowitz

The safest way to communicate with someone having road rage in a confrontation is to do everything in your power to resist getting angry or escalating the situation. Your own safety is of the utmost importance, so I am not suggesting that you should not defend yourself; however, becoming confrontational with someone who is angry and irrational is not going to diffuse a situation. Remaining as calm as possible, keeping your distance, and contacting law enforcement would be the best course of action. If you are able to take the attitude of, 'I understand you are angry. What can we do now to make this situation better?' it can help diffuse hostility. - John Garrison

If someone with road rage takes their aggression out on you, you may feel shaken or blindsided, and justifiably so! Ultimately, you are in control of how you respond to a driver with road rage. Although your gut reaction may be to retaliate, responding to aggressive behavior with aggression will only escalate the situation and put you at risk.

Drive and respond to road rage as if someone is watching you... because even if you don't have a dash cam in your car yet, someone else's dash cam is watching!

We want to hear from you! Have you ever been involved in a road rage incident? What advice do you have?

Get our blog posts, top resources, and exclusive offers delivered to your inbox.Subscribe, and get 5% off your first purchase with us!