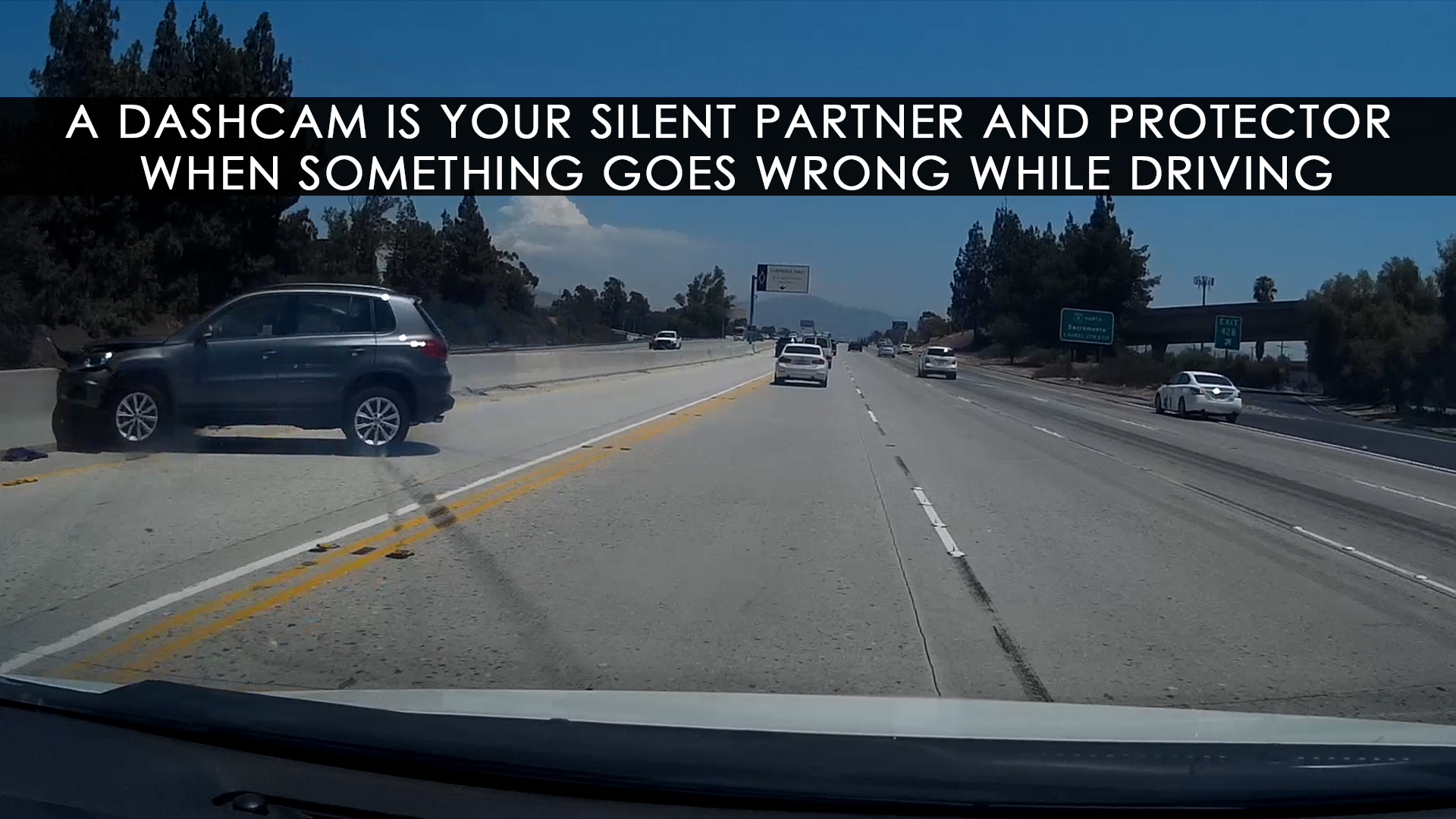 You've probably seen plenty of dashcam videos on the internet showing someone doing something stupid behind the wheel of a car. And you see this stuff happen on a daily basis what with distracted driving being more common than ever before. The increase in distracted driving means you need to protect yourself with more than defensive driving alone because you can't outdrive someone who's not interested in doing the right thing. Adding a dashcam to your car is an invaluable partner that protects you in case of an accident and helps you create a strong case in the insurance processes that follow.

No Denying Who's at Fault with Dashcam Footage

Accidents happen usually because someone didn't follow safe driving practices. Sometimes it's one driver and sometimes both drivers make mistakes that cause the collision. But most of the time, insurers consider both drivers to be at fault on a shared scale of 0 to 100 percent. Part of this is to protect the insured from a claim by the other party, but it can also be used against the insured in arguing that the claim shouldn't be paid out as per the terms of the policy.

An accident investigator apportions fault based on what they observe from the evidence at the scene and the damage to the cars along with injuries sustained. The problem is, accident investigation is not a precise science. Rather, it's part education, part art form, and part guesswork. You might wind up with a larger portion of the blame because the accident investigator had to make an educated guess as to what happened. And that's not good for you because you have to fight with the insurance company to get a reasonable settlement.

Dashcam footage takes out the uncertainties of the investigation by showing who's to blame in a clear and concise manner. A dashcam video shows that you had very little to do with the crash because you were observing driving rules while the offending driver ignored them completely. The end result is that you'll take little to no blame from the insurer. What it also does is make it harder for the insurer to deny your claim because the details of the accident can't be disputed. The insurer has to comply with the policy as written and settle the claim in an equitable manner.

It's a fact that people don't always see the same thing in the same way. This is due to visual angles, lighting, interpretation, and how well someone remembers the incident in question. You can take pictures of the scene after the fact if you are able to, but that only shows how and where the cars ended up. An accident investigator can do an excellent job of recreating the decisions made that led to the crash and how the accident unfolded. But an investigator is also human, and biases can creep in without the investigator realizing it. All of these issues are eliminated with dashcam video.

A dashcam does two things: film and record. It doesn't have biases, it doesn't have recall issues, and it doesn't interpret the events that led to the accident. What it does do is record everything that it can view within its lens. That makes the dashcam an impartial witness because the information in the video can be recalled and viewed over and over. A dashcam video can reduce or eliminate arguing with an insurer and has the potential to help you avoid running out the time limit for personal injury claim. What the video does is show that you're telling the truth about what happened and that your version of the accident is correct.

When two people get into an accident with one another, it's very likely that they're going to have variations on the same story. Sometimes it's difficult to figure out who's got the truth of the matter, or if both parties aren't telling the entire truth. Physical evidence doesn't always add up, either. When negotiating an accident settlement in or out of court, there's an element of "he said, she said" because someone is accusing someone else of doing something that caused them physical and financial harm. Questions will and do get raised as to the motives of one or both parties involved in the accident. When there's a dashcam video, the burden of proof is lifted because the video shows what happened with a great deal of reliability.

All of the conditions of the accident are seen in the video. Who did or didn't follow safe driving practices, the placement of the cars prior to the accident, what happened during the collision, and so forth. Visual conditions are observable in that the viewers can see the lighting, any obscuring angles or objects, and who failed to perform duty of care while operating a car. It's also possible to measure distance in a video to determine how fast a vehicle was moving prior to the collision. There simply is no arguing with what the camera filmed.

Protection Against Claims from the Other Party

It's not unusual for the other party and their insurer to name you in a lawsuit that stems from the accident. Your physical participation in the lawsuit is typically minimal even as a defendant, but your dashcam footage can change how the claim proceeds. The plaintiff, or person suing you, can't rely on the "he said, she said" form of evidence in court because the details are laid out on video. A claim can proceed even if the plaintiff knows video exists, but their chances of success are lessened if the evidence on the video shows they share more of the responsibility than they claim.

A dashcam becomes your ally in the event of an accident. Its ability to be impartial, to show the event as it happened, and show the details surrounding the incident are invaluable when called upon. Not only are you saying the truth about the accident, you can prove it, too.