Here we have a collection of BlackVue (DR900S Series: DR900S-1CH, DR900S-2CH, DR900S-2CH-IR) and Thinkware (U1000) dashcams that all feature 4K Ultra High Definition (UHD) video recording capabilities. You may have heard the term "4K" before when it comes to TV screens, 4K simply refers to the number of lines of resolution that can be displayed (or in the case of dashcams: the resolution that may be recorded). An Ultra HD dashboard video camera captures video footage at a resolution of 3840 pixels wide by 2160 pixels high. Essentially, 4K dash cams offer *amazing* video quality; four times higher than a regular Full HD (1080p) recording; it is the highest quality possible at this time.

Why is having the best quality video footage important? One answer to this question may arise should the video captured ever be needed to prove innocence or guilt in a court of law. Not only would clear video evidence of the events that transpired help to make the case, but high definition may allow evidence to be extracted from the video (such as zooming in on a distant vehicle's license plate) that might not have been possible with lesser quality video. Another scenario would be capturing something interesting or amazing on video. Footage of incredible events may often be sold to news stations, TV networks, or online for significant amounts of money. Of course, the better the quality is of the footage, the higher price it may fetch. 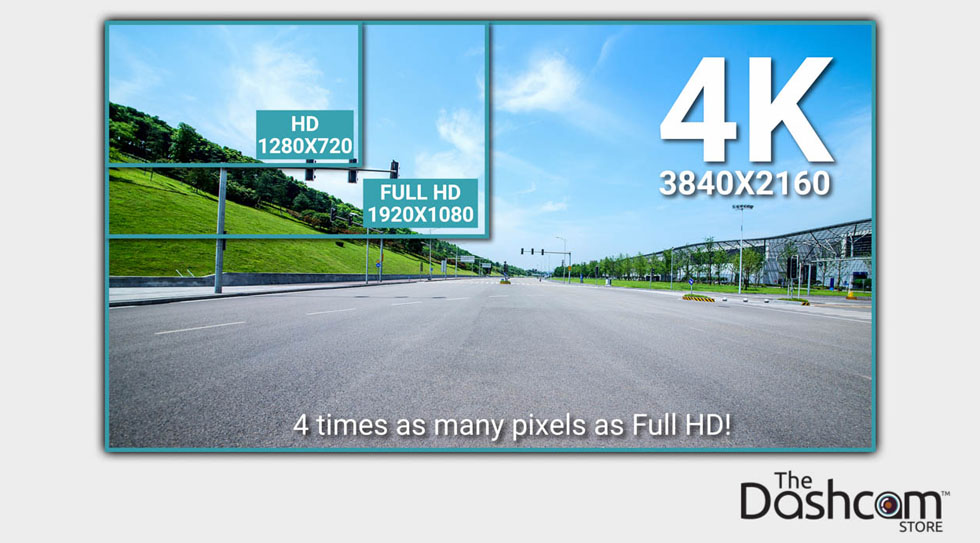